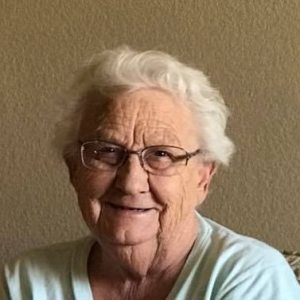 Virginia “Ginny” Johnson lives in Traverse City, Michigan. As a free-lance writer, she has had non-fiction articles published in magazines such as Florida Living and Collectors News and Antiques Review, and in a 1996 stint of interviewing and writing about the lives of senior citizens for Active Years, a magazine distributed by the Traverse City Record-Eagle newspaper. She enjoys spending time with her four daughters and their families, as well as a good cup of coffee with friends, a competitive game of Scrabble or pinochle, and jigsaw puzzles.

James Whitcomb Riley wrapped up a busy summer season succinctly with his poem When the Frost is on the Punkin’ and the fodder’s in the shock. Yes, it is the time of year when the local farmers can draw a sigh of relief as their fifteen-hour days slow down to perhaps a mere ten-hour day and they can have a second cup of coffee in the morning before heading off to the barn. I’m not sure, though if today’s crop growers can relate to ‘the fodder’s in the shock’. But, my dad could, because he put that fodder into shocks and I knew what it was because I watched him grab those bundles and shock them. Dried stalks of corn bunched together, tied with binder twine, produced those Norman Rockwell scenes of snow on the ground and dried shocks standing as sentinels in many a field. They were, I must admit, quite picturesque, but the raw aching muscles at the end of harvest probably dimmed the thought of capturing it on film to many a farmer. Rather, his satisfaction most likely centered on the fodder (those corn ears and stalks) that would feed his animals through the long winter ahead in his section of the upper Midwest farming country. But poets are licensed to describe the beauty of the world around us. And thank goodness, they still do.

Of late, I find myself among those who are singing the praises for local farmers who work those same fifteen-hour days to produce organic vegetables and fruit, then bring it fresh from their land to local markets and roadside stands for the local population. Packed full of nutrition with every bite and devoid of chemical absorption. Perhaps there are some around who could give poetic justice to these dedicated farmers in James Whitcomb Riley fashion? When the frost is on the punkin.

Photo by Patrick Fore on Unsplash

2 thoughts on “The Fodder’s in the Shock”